Tell Me Something I Don’t Know (2017)
performed at Betty Nansen Teatret
ph. by Magnus Kaslov 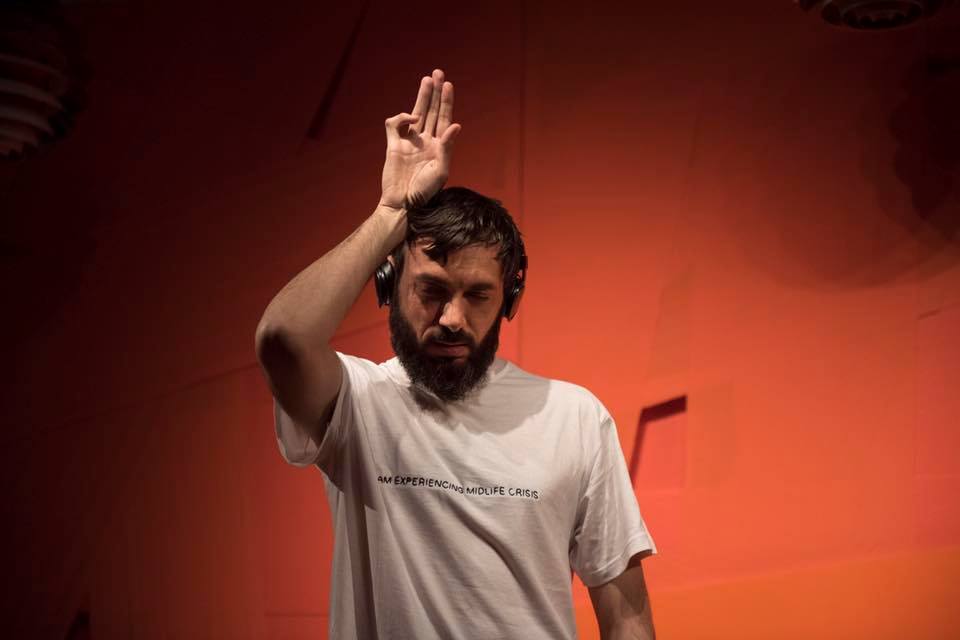 hope you’re doing well!
“The News on Betty” is conceived as a reaction to the latest international news. The event takes place at the Betty Nansen Teatret every other Monday.
We invite an artist to interpret the news of an international newspaper of our choice. The artist is free to choose one or more stories from it in order to develop a response, no media restriction.
The response has to be fast, that’s why the news must be chosen two days prior the event.

Your performance is scheduled on Monday, April 24th, at 8pm and must last no more than 10 minutes. The newspaper we’ve chosen for the occasion is the Hindu, and English language Indian daily newspaper.  You’ll check the news on Saturday.

Looking forward to hearing from you.

I’ll be brief. I wrote a text in which some news from The Hindu are combined with my thoughts. Tonight, the revisited news – read by Daniel, a computer rendered voice – will be played to the audience while I will dance around the theatre hall, wearing headphone and listening to a white noise track.

Every morning, when I wake up, I stream the news on an online radio while having breakfast.
At the same time, while sipping coffee, I read to the same news on different e-newspapers. In many cases I scan just the headlines all together with the latest posts fb and ig. Very different kind of news get mixed together: politics, environment, gossips, culture, life-style, tragedies, odd facts, some friend’s personal achievement and so on. I wonder what my brain is doing of all those news that I didn’t really delved…
I wonder if “up there,” in my cerebral cortex, the archive get messed up…if and how “useless” informations are expelled…
Do the shitty news make it to my oneiric activity?
Are dreams some sort of gastrointestinal activity?

Hello, my name is D., and I’m a freelance news writer.
There is a tall bearded man moving around. Don’t worry, he’s harmless. He is a human being.
I don’t know why I need you to tell you this, but he is also on Facebook, Grindr, Tinder, Hornet, Instagram, Romeo, Twitter, WordPress, and LinkedIn. Ah, ah, ah. Yes, that’s how I laugh!

Today is the 114th day of the year,115th in leap years, in the Gregorian calendar. There are 251 days remaining until the end of the year. This date is slightly more likely to fall on a Tuesday, Friday or Sunday, 58 in 400 years each, than on Wednesday or Thursday (57), and slightly less likely to occur on a Monday or Saturday (56). Let’s move on!

Three tourists, who visited the Mudumalai Tiger Reserve, were fined 20,000 Indian rupee for stopping an  elephant calf and taking selfies with it. A female adult elephant and her calf were foraging for food by the roadside. One of the tourist was seen petting the elephant calf even as the adult female was nearby. Leaving the car on the road, the men took selfies. Soon other tourists did the same. Mother nature!

In a bygone era, young women would spray a little perfume on their letters to their beaus. Nowadays, of course, even getting a handwritten letter in the post is a rarity. Like you, I can’t even understand my own hand writing. I wonder if I should just give up some of my fingers. But don’t worry, India Post is making it possible to send letters that carry the fragrance of something a large part of India loves deeply: on Sunday, April 23, the Department of Posts released a ‘coffee stamp’ at the General Post Office.

The 2017 French elections may be a game-changer, not only for France, but for the rest of the European Union as well. I’m starting to believe that Planet Earth is flat. They cross the border in search of a drink, armed with a bag of rice. The commodity is used by many people bordering Kerala to barter rice for toddy. Toddy shops across the border from Tamil Nadu now attract scores of people.
However, in some cases, men are also equally vulnerable as they endure great agonies inflicted on them by their wives. But societal attitudes prevent them from coming out into the open and complain against women. To raise awareness on domestic violence faced by men, Ameen Shareeff started off on his 35,000-kilometers expedition on January 24. According to the 30-year-old biker, domestic violence against men is growing at an alarming rate. “But in most cases it remains hushed up because men feel reluctant to share their experiences. Take, for instance, my case. There were times I used to long for a peaceful sleep and my wife turns violent in the middle of the night. Wonder what was she dreaming about? What is Love? Though we live separately now, her endless torture continued for almost four years,” he told The Hindu. The Hindu. The Hindu.
It triggered Ameen even to end his life. “When I was about to take the extreme step, I thought of my three-year-old girl child and victims experiencing similar trauma, then to help male victims build their own network,” says Ameen. The solo expedition is being supported by biking communities, riders clubs and Ameen’s siblings. “When I share my experience, several men come forward and admit that even they undergo similar problems at home. My objective is to save these men before slipping into depression,” he adds.

He said: I am not the first to depict a gay character.
I said: you won’t be the last, either.
Question: What was the idea behind having a gay protagonist?
Answer: Main objective of the movie is to be as funny as possible, but I tried to sneak in my point-of-view without making it obvious. I am sure there have been movies in Assam where a character was gay, but the idea was to keep it subtle, we don’t want to mock or disrespect anyone but to execute it sensitively.

Lesbian, gay, bisexual, transgender and queer people in India face legal and social difficulties not experienced by non-LGBTQ persons. Another heavy cloud is crossing the comfort zone.
On April 22nd 2017, the Hindu doesn’t give any update regarding Chechnya, where dozens of men have been reported to be imprisoned and tortured because they are believed to be gay.

As many 140 Afghan soldiers were killed on Friday by Taliban attackers apparently disguised in military uniforms, in what would be the deadliest attack ever on an Afghan military base, officials said. The Prime Minister of India strongly condemned the terror attack, and so do I.

After Mars, I.S.R.O. turns eye on Venus. It’s official. The Indian Space Research Organisation has invited scientists to suggest studies for a potential orbiter mission to Venus. Venus, the second planet from the Sun, comes closest to Earth roughly every 583 days, or about 19 months. Venus, our closest planetary neighbor, is similar to Earth in many aspects. However, it takes only 225 days to revolve around the Sun, and its surface is very hot. Venus, will you please gives us hope?

The Ministry of External Affairs has enabled people to apply online for passports in Hindi. Foreign affair, take a trip in the air, to a tropical beach, An island to reach, A new territory, For an immigrant story. Drifting and free, On a mystical sea, A wishful emotion, A drop in the ocean, A hush in the air, You can feel anywhere, In the cool twilight, On a tropical night, Floating on air, Foreign affair, A magical potion, A dream, A prayer, It’s a foreign affair!

Now, let’s talk about real time.
Britain’s Queen Elizabeth II, the world’s oldest and longest reigning monarch who turned 91 on Friday, celebrated her birthday in a low-key fashion privately at her Windsor Castle home near London. The monarch gave herself the day off from formal engagements and marked the milestone privately at her home near London. She looked outside the window and whispered: Holy trash.
Garbage. Refuse. Filth. Worthless, offensive stuff. Garbage collector. Garbage can. Garbage don’t. Garbo. Garbologist. No tourist who has ever visited Colombo would associate the word “garbage” with the city. Possibly the cleanest capital city in south Asia, the sea-facing metropolis has for long been setting high benchmarks for the region. That is why last week’s “garbage landslide” near Colombo, when a pile of rubbish collapsed, killing at least 32 people and destroying nearly 150 homes, came as a rude shock.
Define, rude shock. 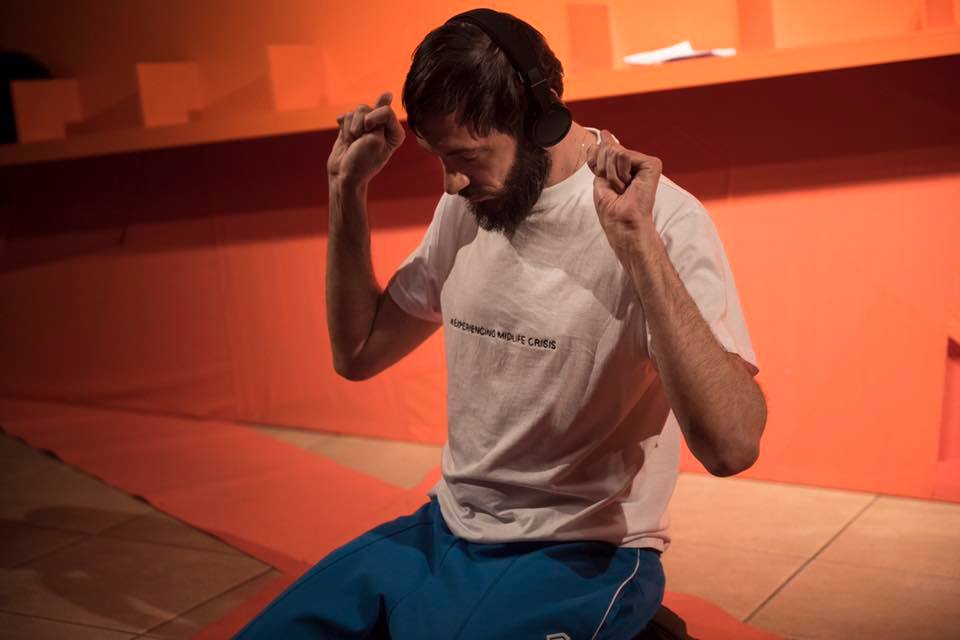