first of all I want to thank you for being so helpful.
What I am about to propose you is an exercise of some sort, what I call a choreography for one word: BASTA (Enough!).

Sign. An exclamation, whose intent is to ask or stop something.
It is the impersonal form of the verb to suffice.
The etymology of the word is unknown. Maybe it comes from the greek bastazein “to bear, to endure”.
It’s a strong exclamation, a performative one: its pronunciation would mark the end of something – even if what it’s doing in fact is to dictate it, ask for it or propose it, tracing the limit of the opportunity or the enduring. This generates many different shades of “basta,” that variate according to the speaker’s position in regard of what should actually end:

Enough! I really have to go.

In its general aspiration, the beauty and the power of this word are to generate a suspension, a hiatus between the present and the future.
What I’m asking to the interpreter – and I wish this will be you –  is to repeat the word BASTA, but constantly changing the intention. The word must be chewed, swallowed, broke, thrown, puked, sang, stretched, rolled, fought, fucked, ridiculed and so on.
To its pronunciation will be added gestures and movements, strictly linked to the word itself and its manifestation. (e.g. the way it could be translated/mimicked). With the interpreter I’d like to explore the juxtapositions, the battles and the alliances between the slippery meaning of the word and its translation into gestures.

If you’ll accept my invitation, I will send you a sequence of directions that you can freely interpret and make yours. I’m very curious to see how would you respond.

Looking forward to hearing from you, 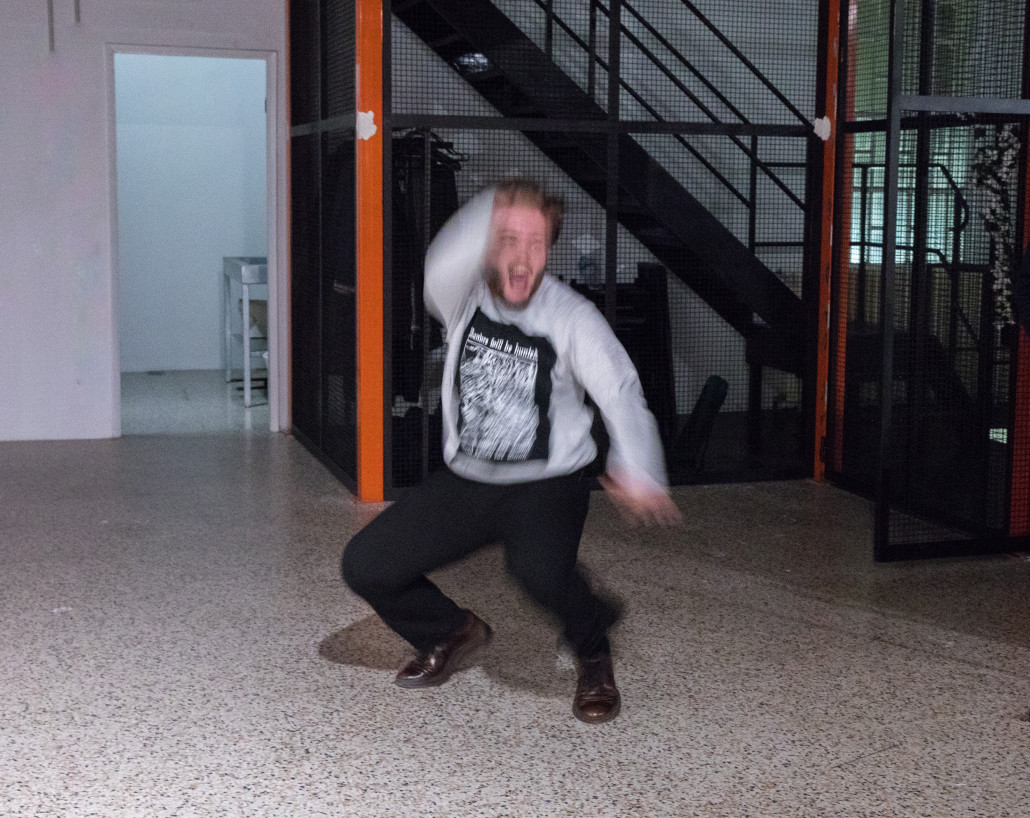 TELL ME SOMETHING I DON’T KNOW
Scorrere verso l’alto