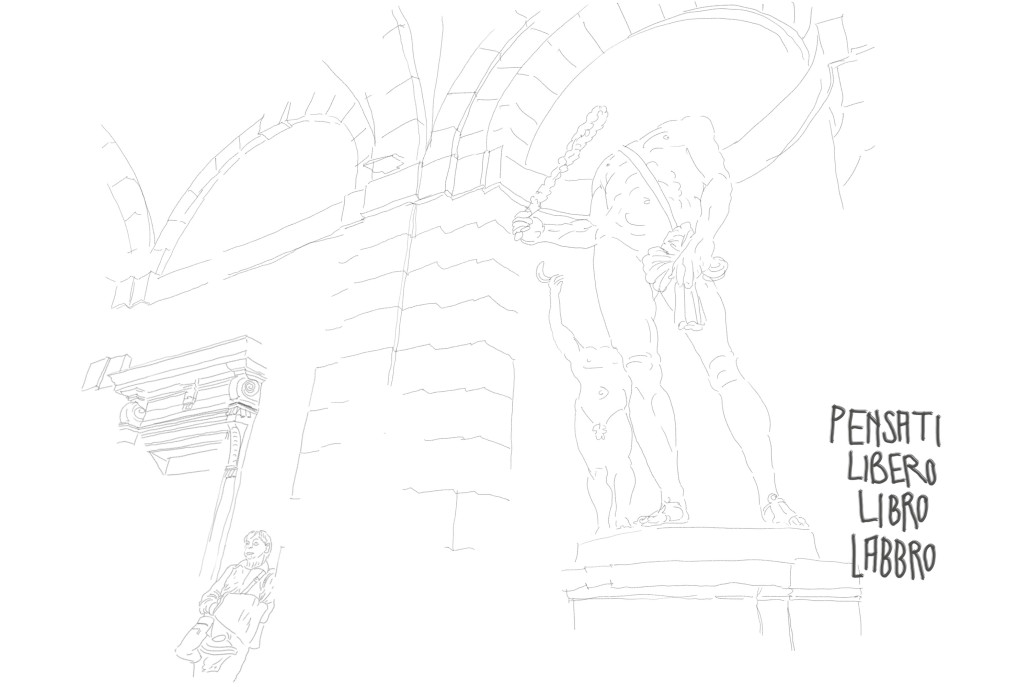 *this work is documented via a series of drawings depicting the room where the performance took place, superimposed with few of the protest slogans that inspired the project and were drawn on the windows.

There’s a giant in the room, an ugly plaster sculpture embodying not one but three characters: a powerful Hercules, a hunk Priapus and Lorenzo Magnani, the commissioner.
The room looks like one of those places dazed by too many coats of paint, a space whose history has been altered and reshaped by endless renovations and by the predictable intrusions and defections of strangers (o foreign bodies?)
The room hosts everyone and everything, from minimal ground lamps to red fake leather sofas, from occasional visitors to meetings on market entry strategies.
After my first visit it I wondered whether a room’s past could be associated to someone’s life whose destiny is to go unnoticed. Can I widen my perception and feelings and think about the room as a living being? Once a friend told me:

For many years I asked myself about the life of those things inside the drawer of my night stand.
Were the comb and the prayer book having a chat? Was the embroidered hanky getting along with my sleeping pills?
Did the drawer know it was a drawer? Then one day I simply stopped thinking about it and I feel a bit bad about it.

The relationships, whether invisible or forced, that are often established between elements sharing the same environment led me to outline Don’t shoot at the storm, a situation made of superimpositions. For the first time four elements — three performances and one sculpture, each of them conceived in different moments and contexts — share the same space for four consecutive hours.
Some Independent Episodes is the only piece conceived for the exhibition and it was inspired by those invisible relationships mentioned above.
The 19 episodes interpreted by Laura Bagarella recount the story, for example, of a tooth who’s tired of being a tooth; of a night encounter between two snobbish eyes; of a rebellious frame and the suicide committed by a house who can no longer take the weight of the violence that it  has passively hosted.
In Don’t shoot at the storm every element has been reworked to relate with the contest. Therefore the proximity and the superimposition between the different elements alters their original intention, giving them and the room a new temporary character, another role.
While waiting…(2014), for instance, includes the participation of Nicola di Benedetto, student and illustrator from Bologna who was invited to use the big windows inside the room to create a portrait of his city through drawings and statements. They focused on the recent evacuations of few well known occupied social centeres and the desire for new forms of aggregations and resistance.
Don’t shoot at the storm could be read as a request to stop organizing the chaos. 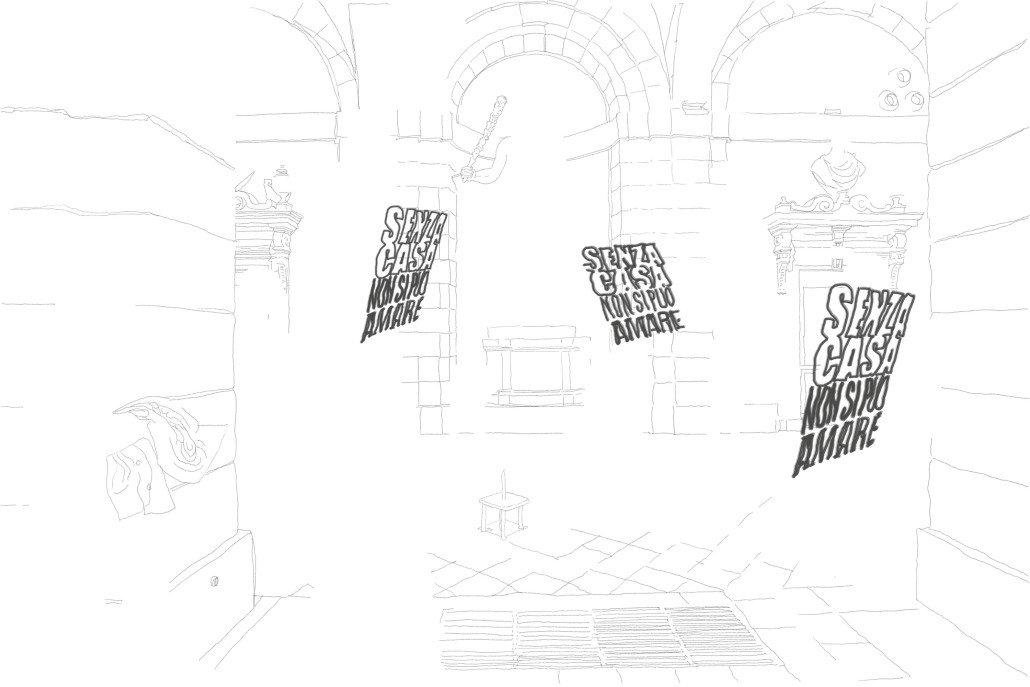 The four sides of the frame

It was 9.37 on a Tuesday morning when a frame decided it was fed up with all that tension. Without hesitation, it let go of the wall.
The impact with the terracotta step was not as devastating as imagined and at that moment, it realized that within a week, it would have been back to square one.
Quietly smiling, the frame realized it no longer knew who it was, while its four sides, scattered along the stairs to the cave, could finally enjoy some privacy.

The last Sunday of a thought

It was a Sunday morning and a thought was bored to death. It kept spinning around like a restless soul.
Then, in between those spins, it came up with the solution that would have put an end to its boredom.
The thought suddenly lit up and, naked, jumped into the mountain of Mental Junk where it stayed until it suffocated. 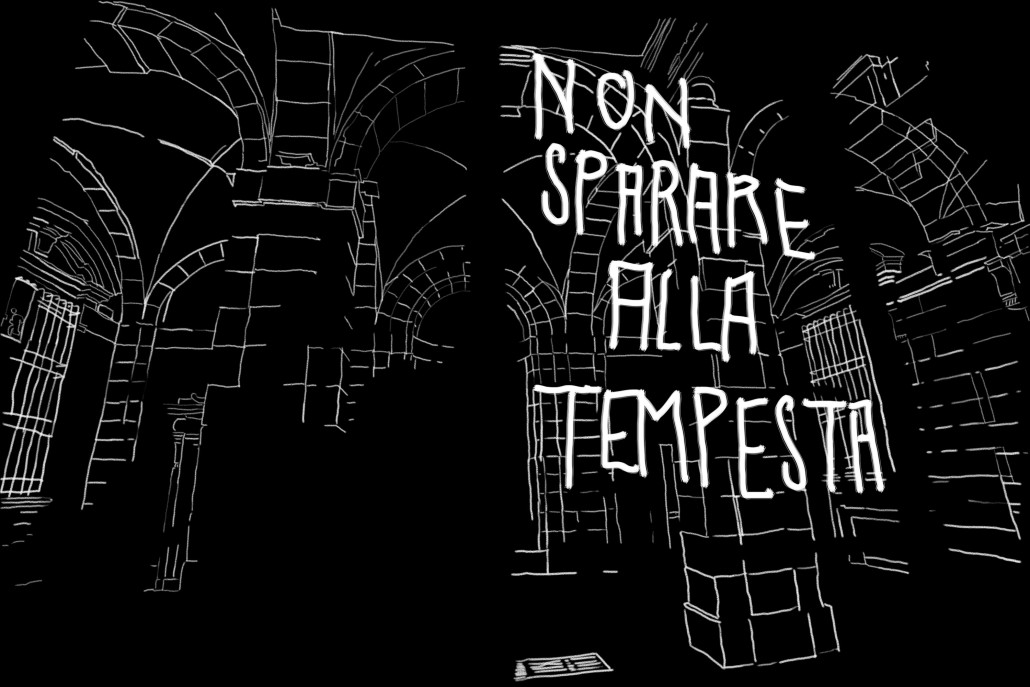 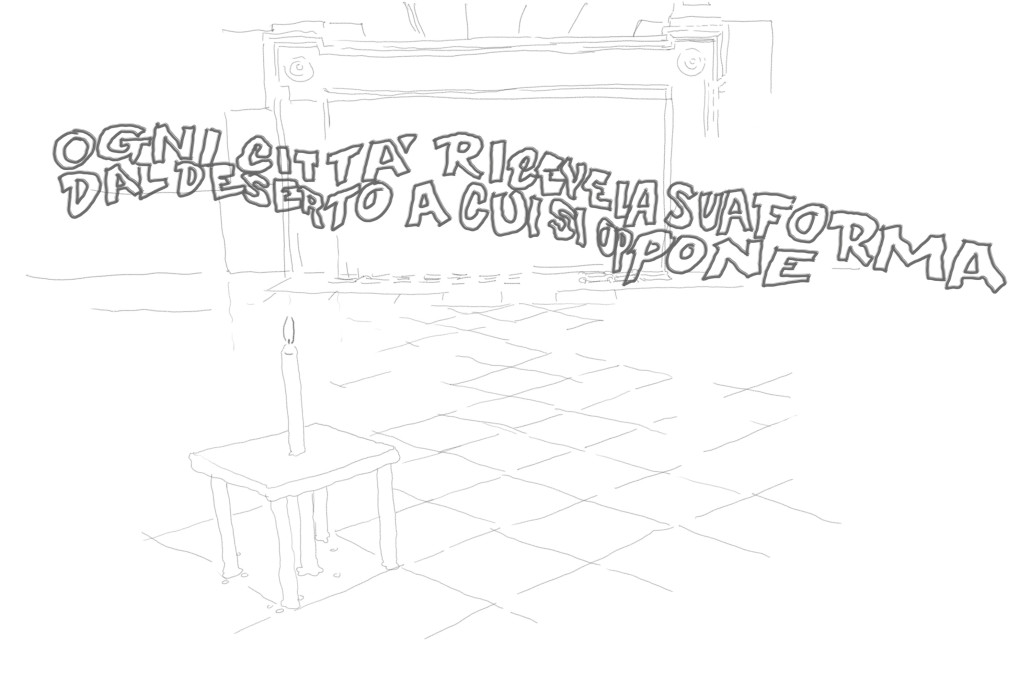 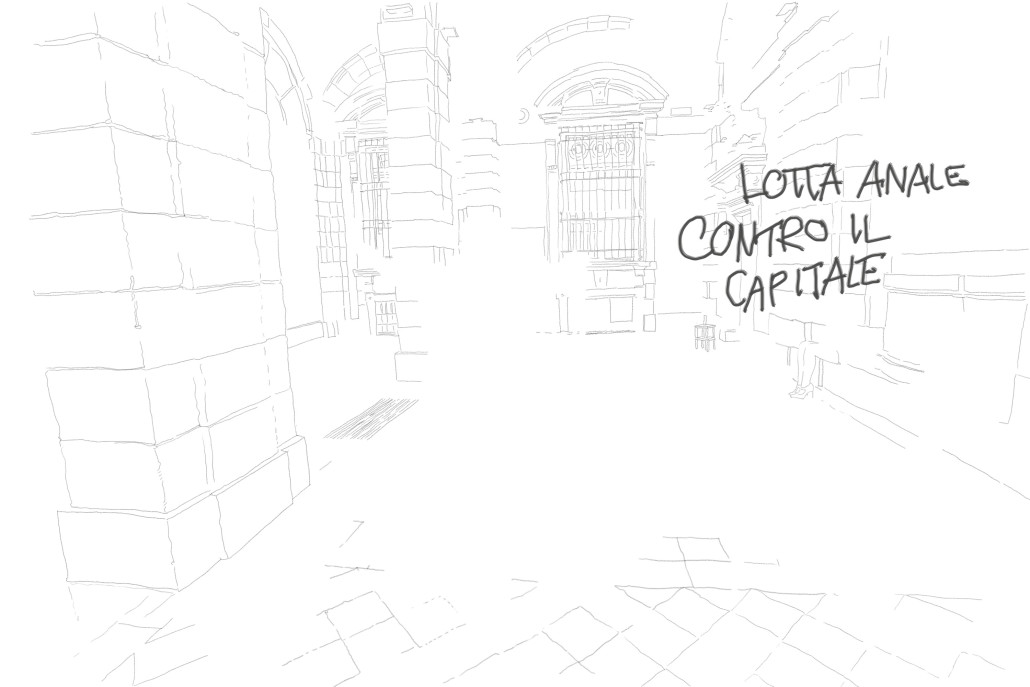 TELL ME SOMETHING I DON’T KNOW