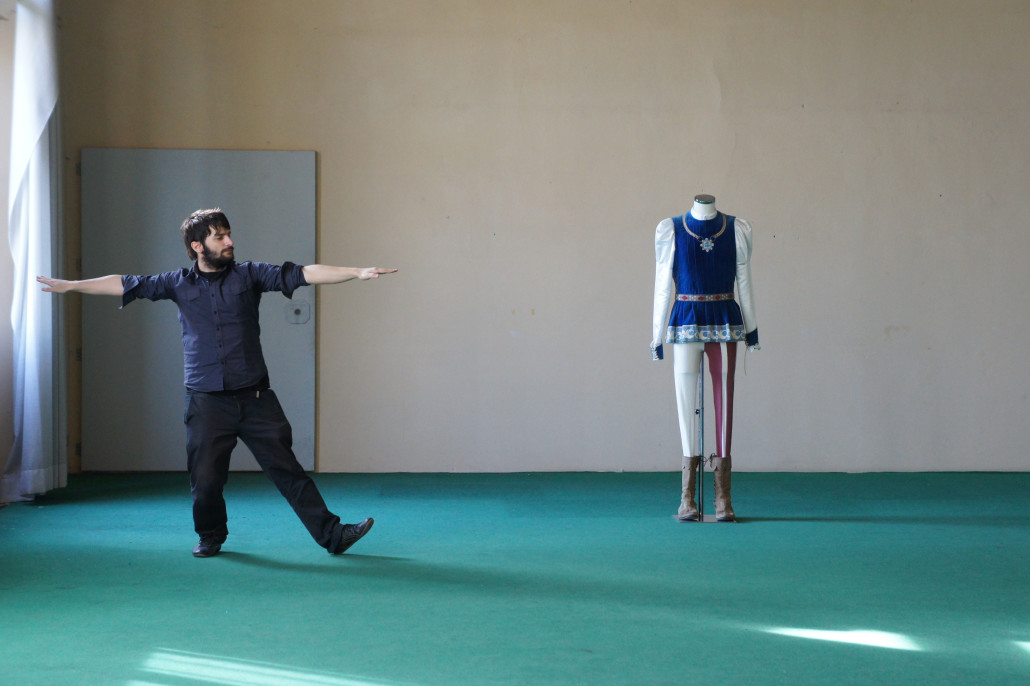 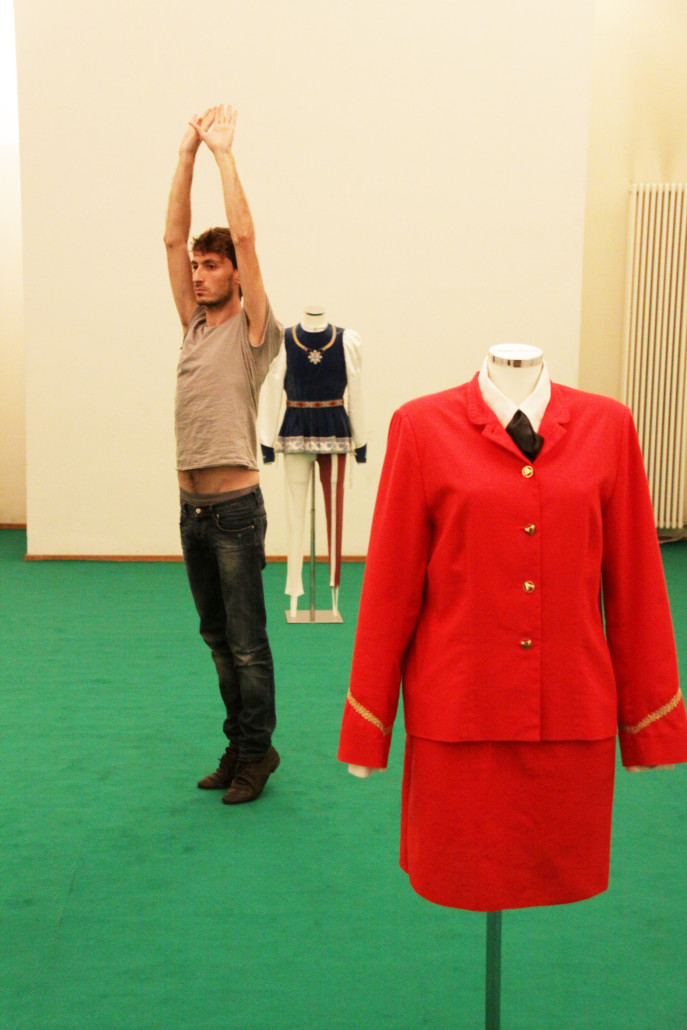 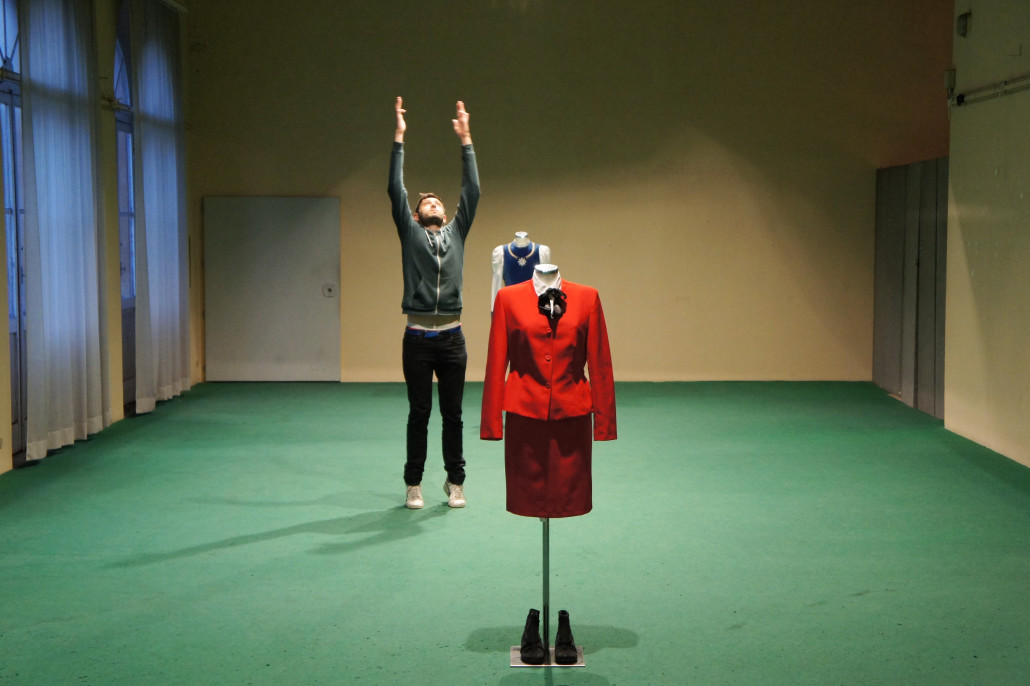 Faenza is based on the transmission of a brief choreography to a number of participants, to be executed individually and in succession inside the exhibition space. The movements are gathered from two different events related to the history of the Italian city of Faenza:
one references the flag flyers, notable entertainers of the historical medieval prize, and the other recalls the staging held by OMSA’s (a well-known stocking company) female workers who were suddenly fired in 2011. In collaboration with a local theatre company, the workers have publicly revealed their situation through a series of spectacular protests: which among other things, involved storytelling and pantomiming of their daily routines. The choreography is performed between two mannequins, each dressed with one of the costumes used by the two local groups. 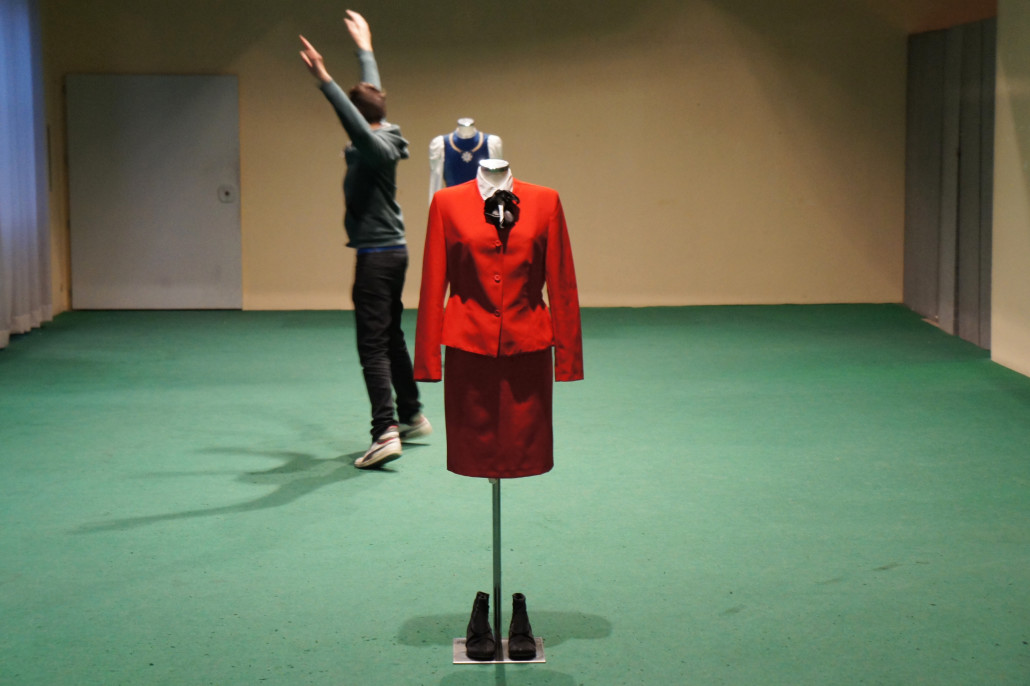 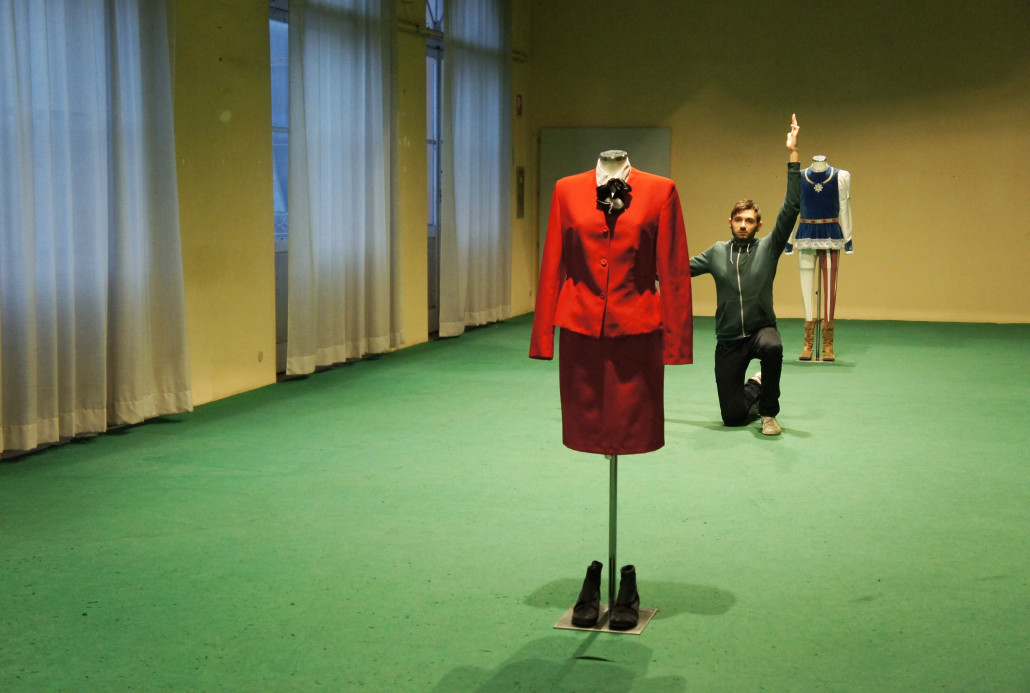 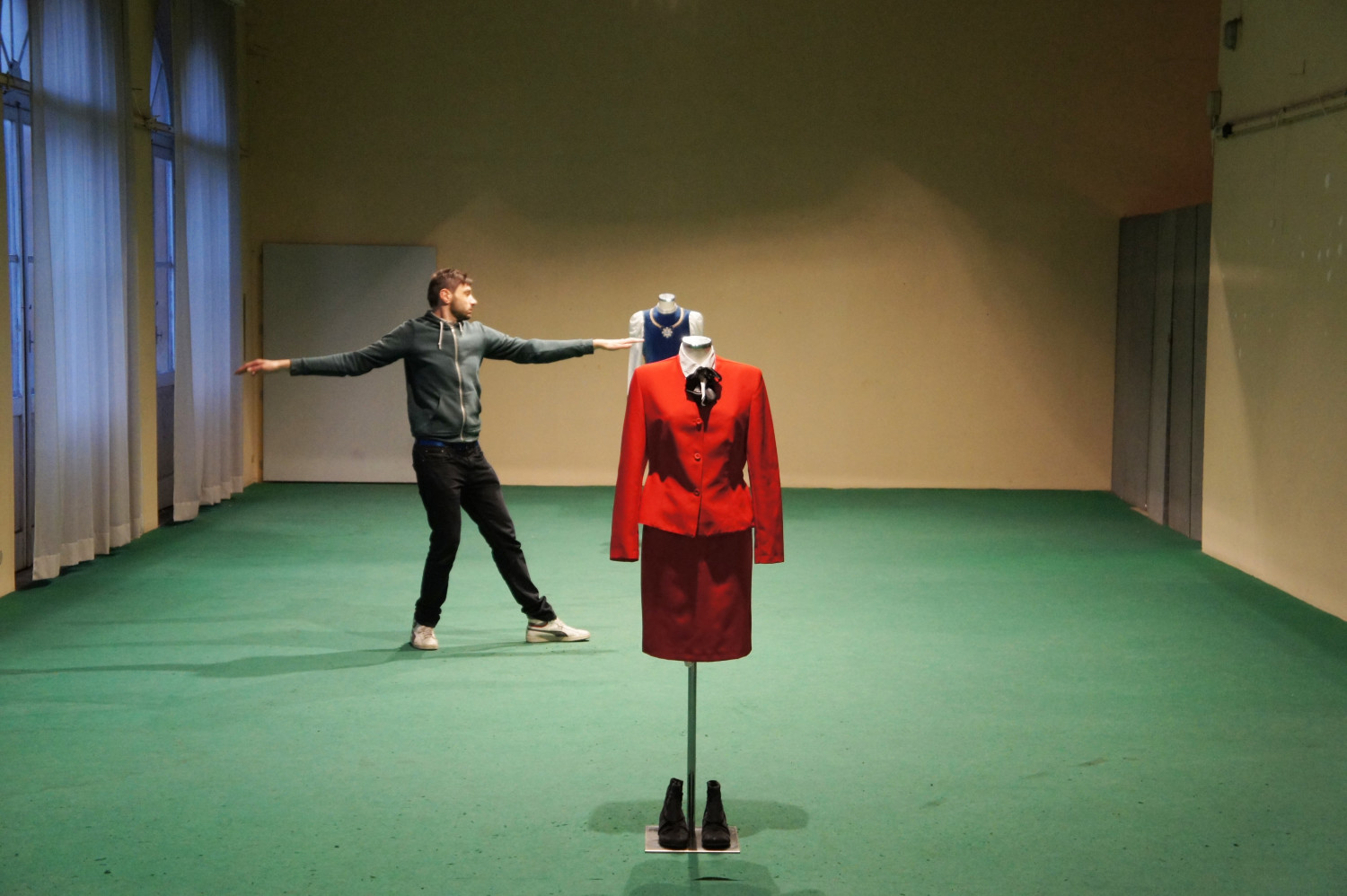 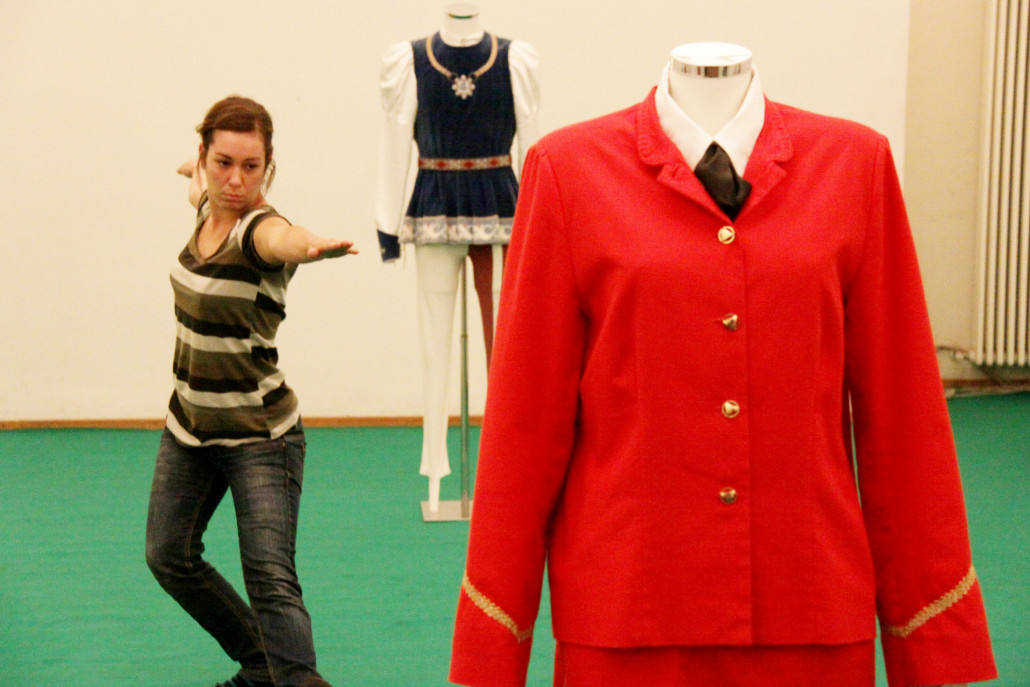 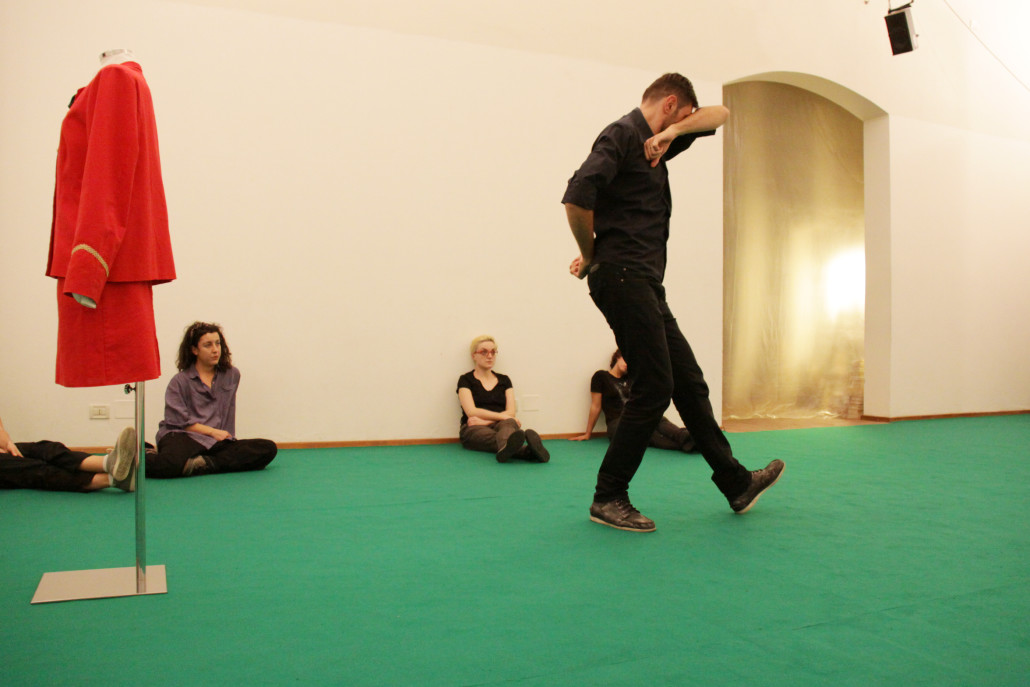 I SWEAR I SAW IT SCENARIOS
Scorrere verso l’alto