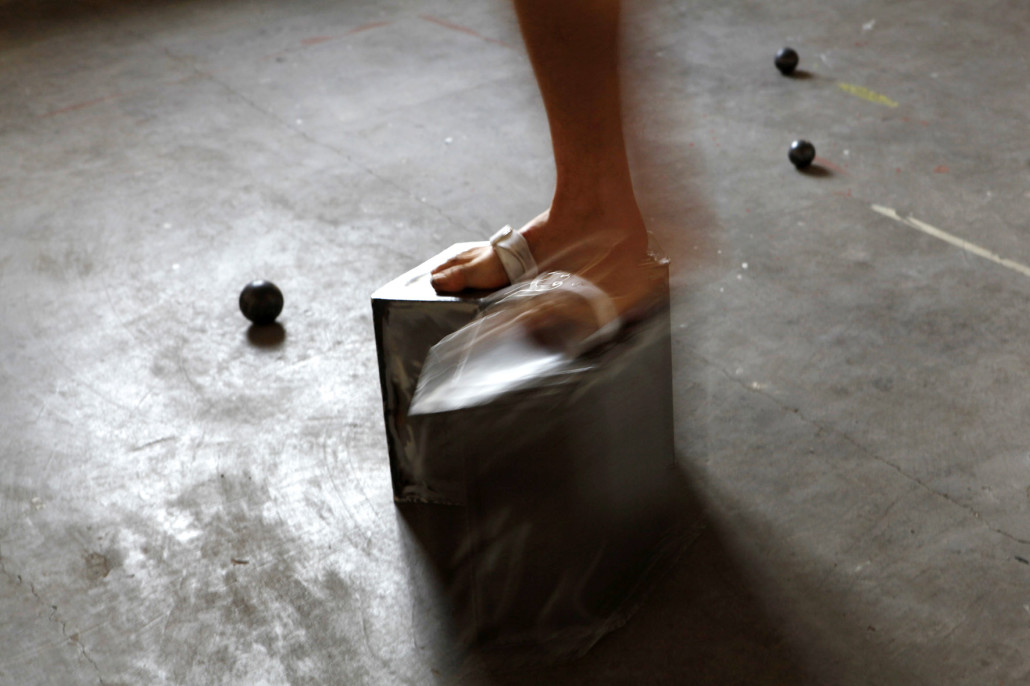 In a well-known passage from Tristes Tropiques , Lévi-Strauss thoroughly describes the chromatic alteration of the sky during sunset, right before the night takes over.
The invitation to communicate with the exhibition space becomes an opportunity to study the variations of the light in its interiors.
Three performers have been asked to follow the rhythm of these transitions in order to translate them into a sound and choreographic score, that will be subsequently developed over the three consecutive evenings in front of an audience.
The room is treated as a temporary workshop and besides the existing furniture, further instruments are added in order to produce concrete sounds and to influence the movements of the three performers. 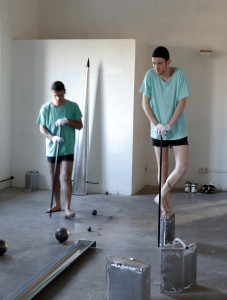 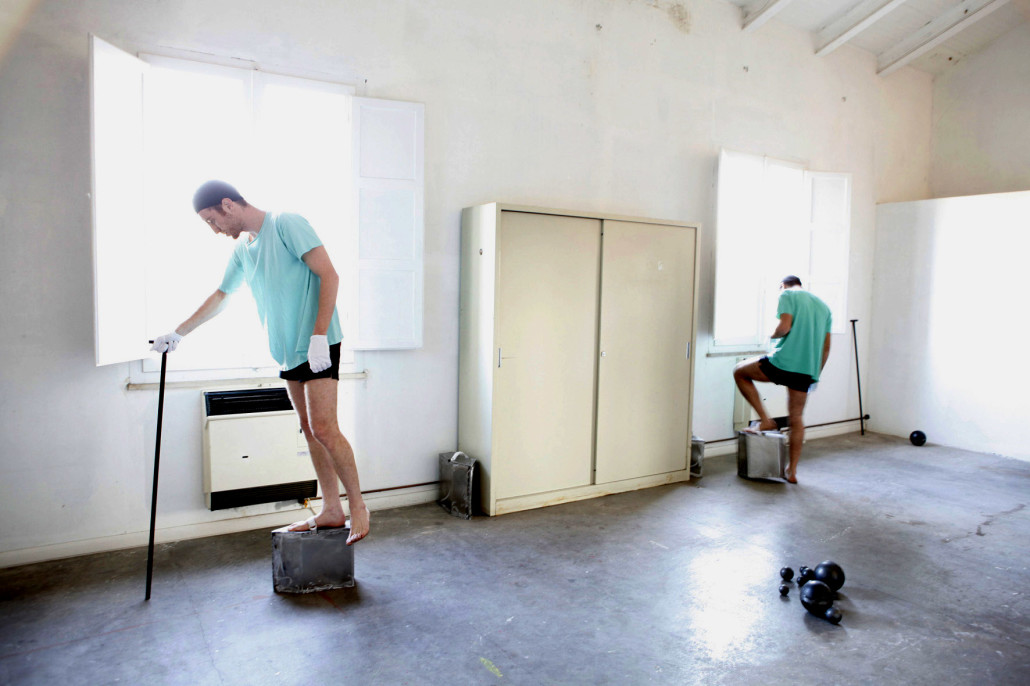