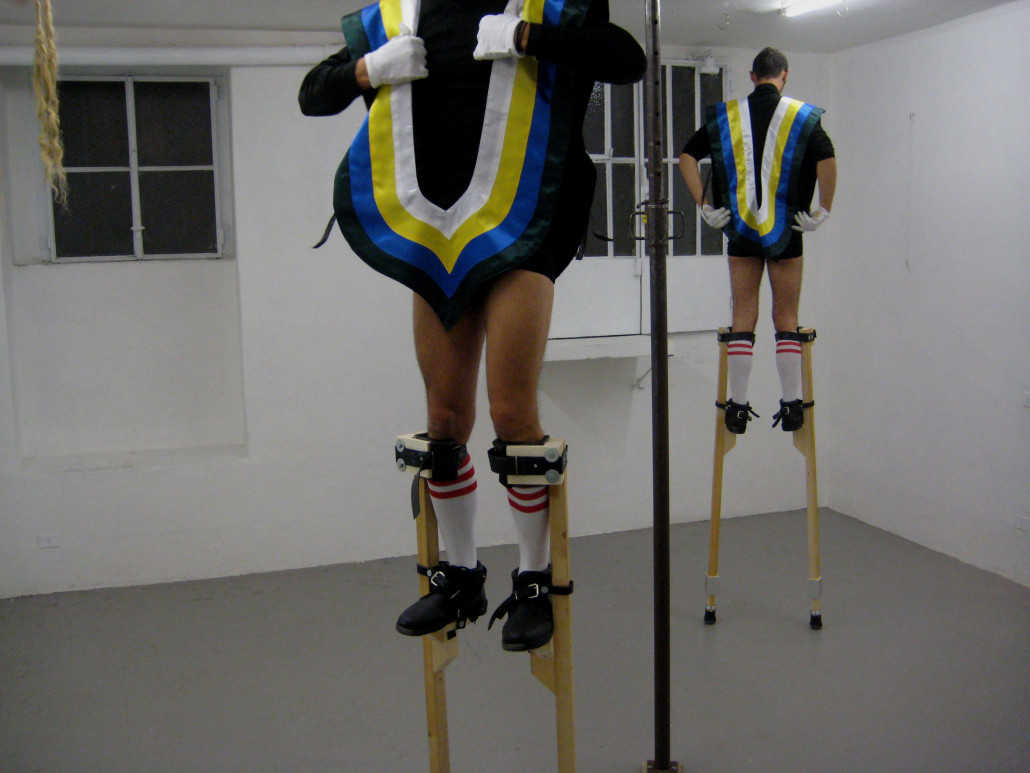 Stilts are commonly associated with street art, yet originally they were practical tools used by shepherds of the Landes in order to move on marshy grounds, or by Italian coal diggers in order to cross the torrents.
At Brown Project Space, the prosthesis are necessary tools for two performers to reach and step into the upper level of the exhibition space (a former box manufactory half below ground). Their ascent is translated into a choreography of movements in addition, while the descent is executed by subtraction. Following the opening the garments and props employed are left on display, as the only attestation of the performance. 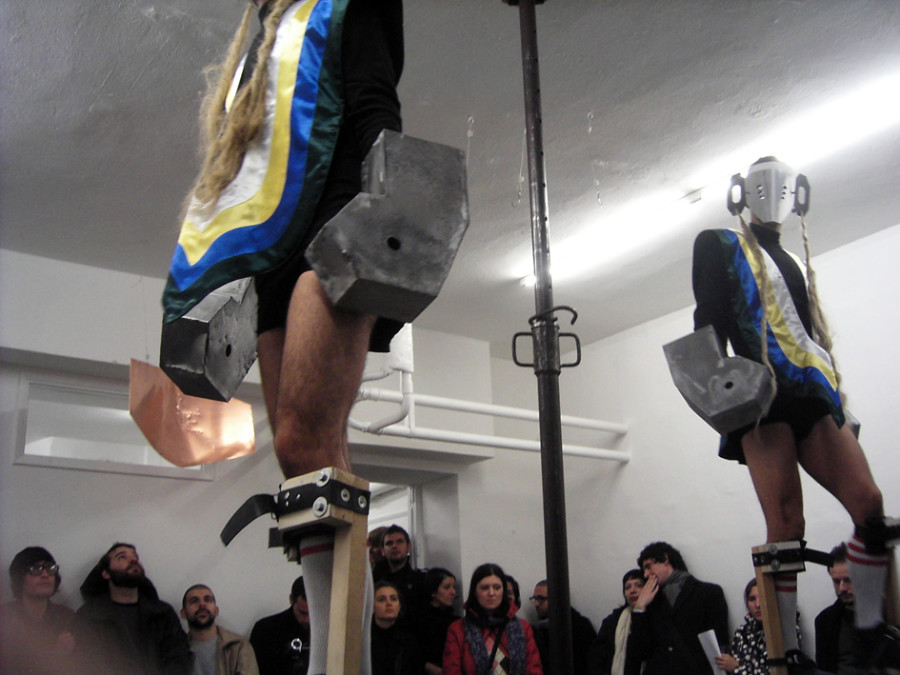 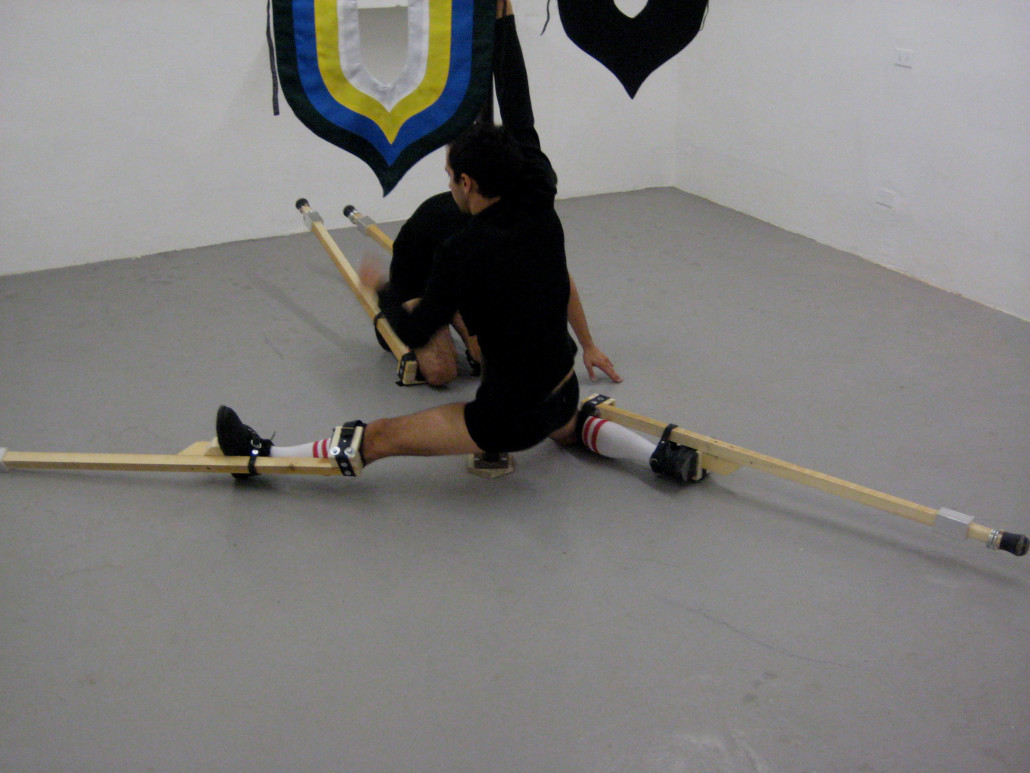 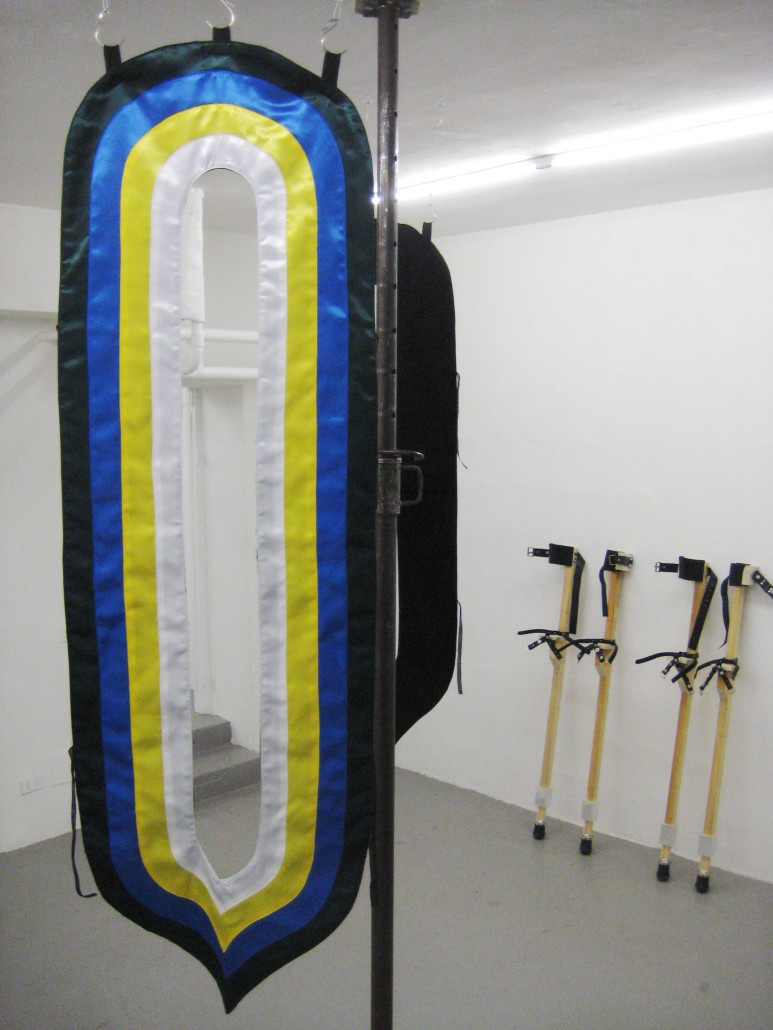 detail of the installation at Brown Project Space, Milan, 2008 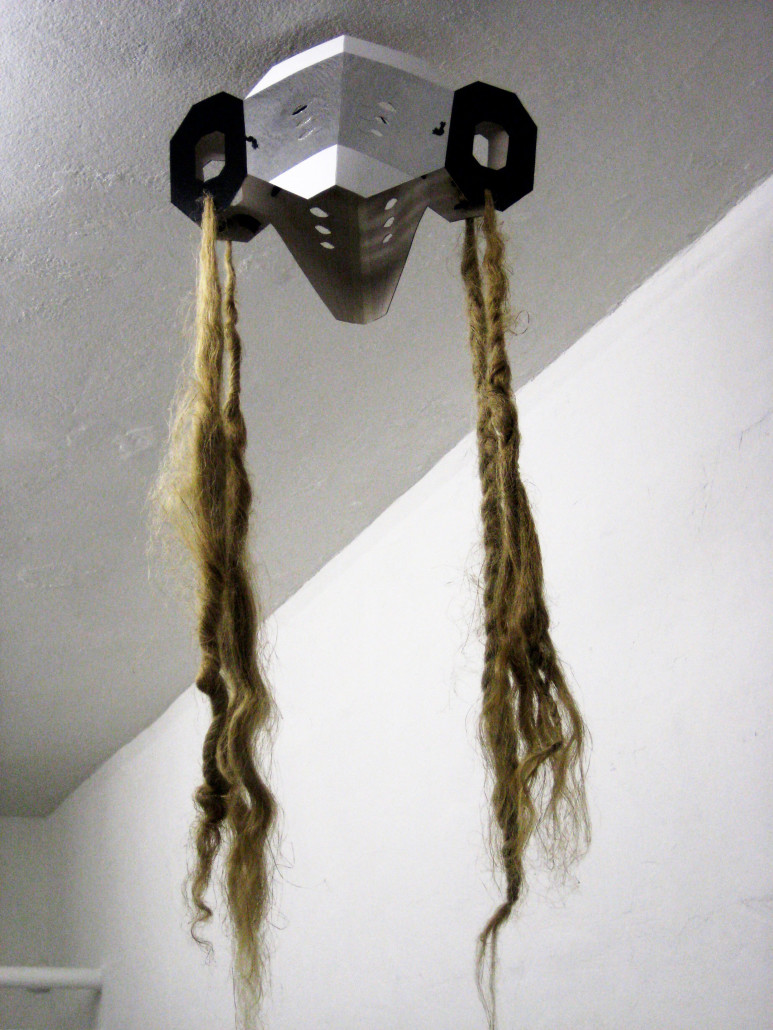 detail of the installation at Brown Project Space, Milan 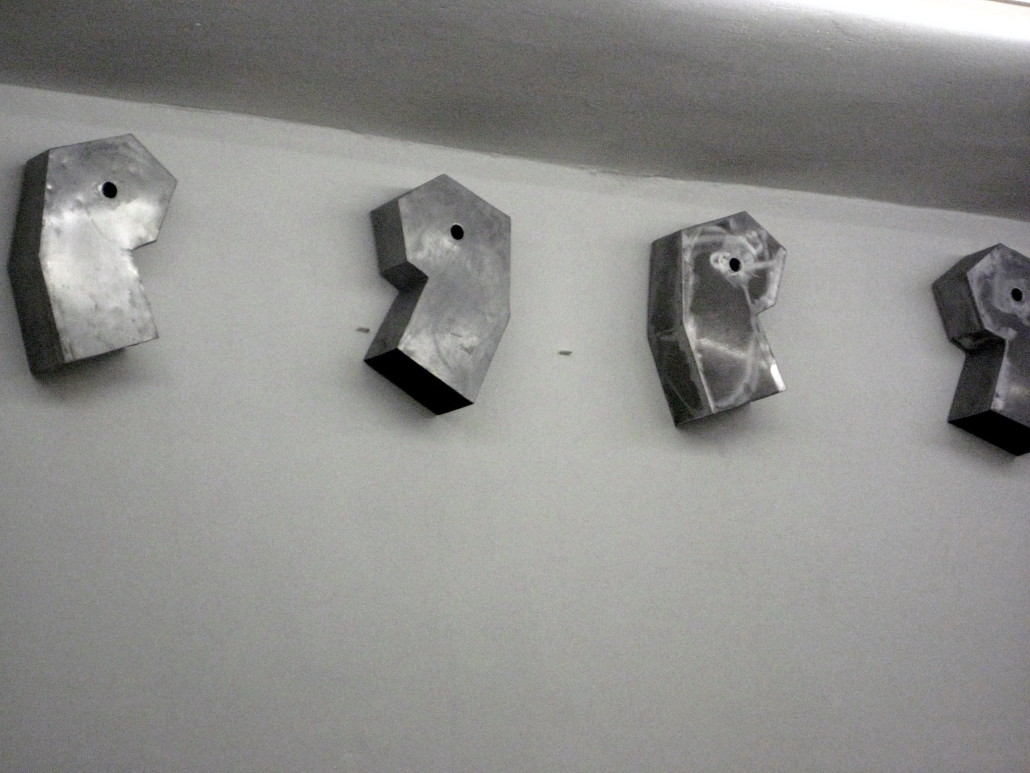 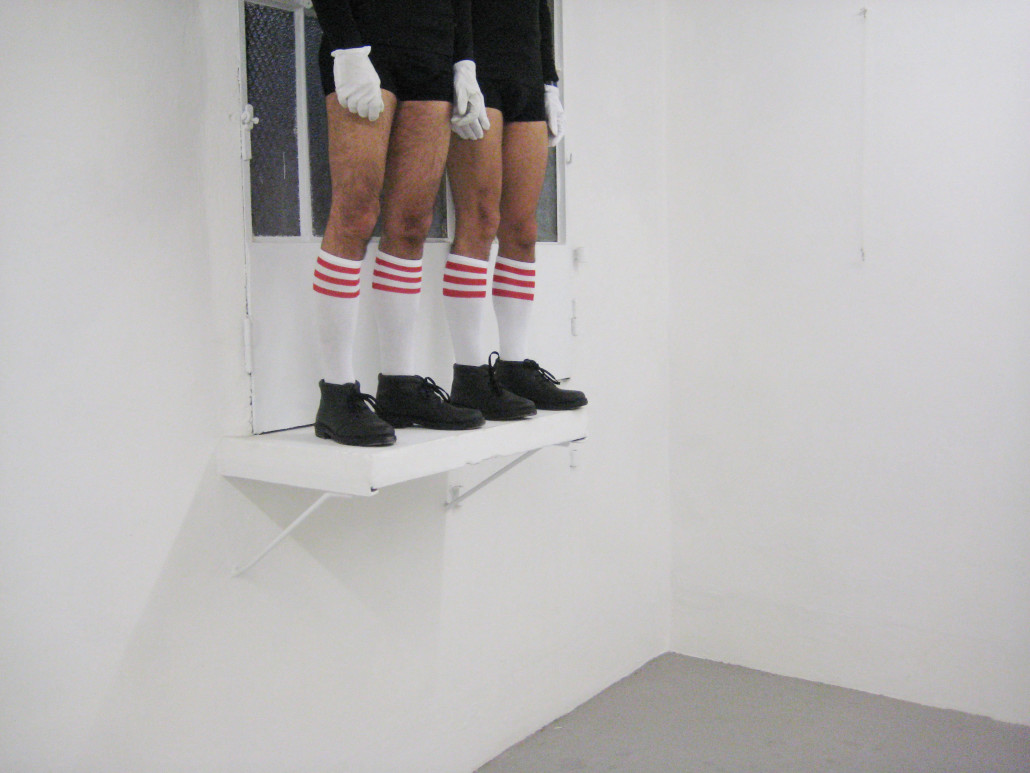